What is Structuring Python Program

What is the Difference Between Python2 and Python3

What is Python Language 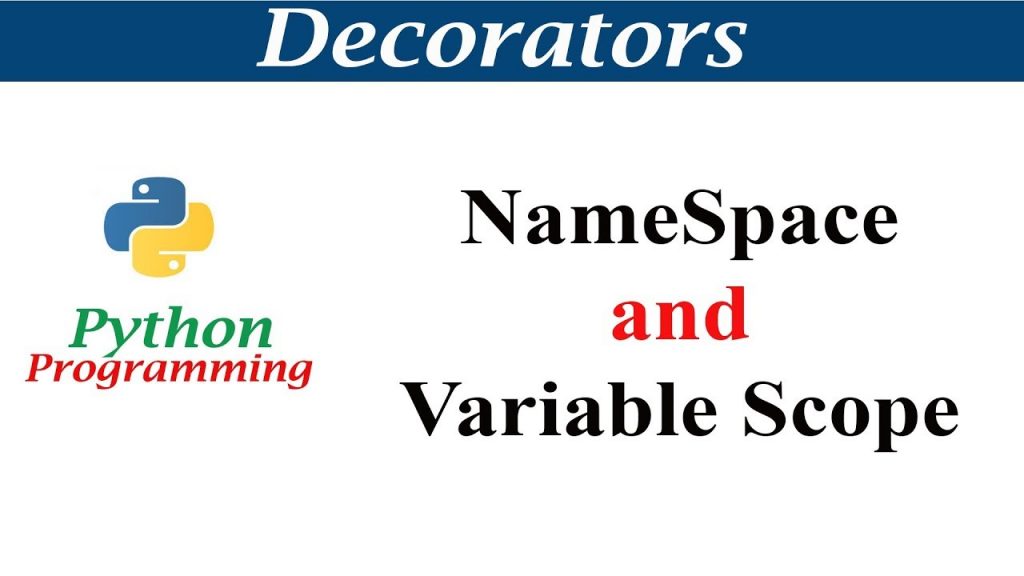 What is Namespace and Variable Scope in Python

A namespace is basically a class of different elements. These elements can be used for different purposes by different classes and objects. In programming, namespaces are used to organize the names assigned to objects. Everything in modern programming objects so to keep them organized namespaces exist. Namespace has 2 components let us say that name and space. In x=2,2 is space and x is the name assigned. That is how namespace works. Its most basic function is to avoid ambiguity.

Similarly, in python namespace is a collection of built-in name, functions and exceptions which are structured inside python interpreter. It has two components i.e., key and value. For example Print() is a built-in function you use it directly because its value lies inside namespace.

Python has 3 main types of namespaces.

Built-in namespace is the one that is located inside python interpreter by default. It consists of names of almost every object in python, such as Print, float, int, max, min, object, errorIO, str, sum etc. Built-in namespaces in python are created right with the startup of interpreter and terminated when program is terminated.

To see all objects in built-in namespace

Scope is the lifetime of a variable, function, constant etc. It defines boundaries for variable, functions, constants in which they will exist and can be used or referred to. Remember that program is constricted in structured way and not all variable, functions can be accessed through all parts of program. Scope restricts the visibility. To understand, we will use variable scope for understanding.

There are 4 types of scope in python.

In local space, variable or function cannot be accessed outside the function/class in which it Is declared. It scopes only lies within that boundary. Nothing from outside can change its value. Its lifetime is till the function is in execution. For example

First number variable was declared inside function so its scope lies inside that function printlocal() when accessed outside the namerror was thrown as shown in output.

Global scope holds variables and functions which can be used anywhere in the program. This is free to use scope and most simple and easily understandable scope.